Mycelium, Mycoprotein and Fungi, what does it mean?

Fungi, mushrooms, mycelium, mycoprotein. Anyone that starts looking into the fungi food space eventually finds themselves reading these words, often in an interchangeable manner and without exactly understanding the differences. In this piece, we help to clarify some of these concepts. 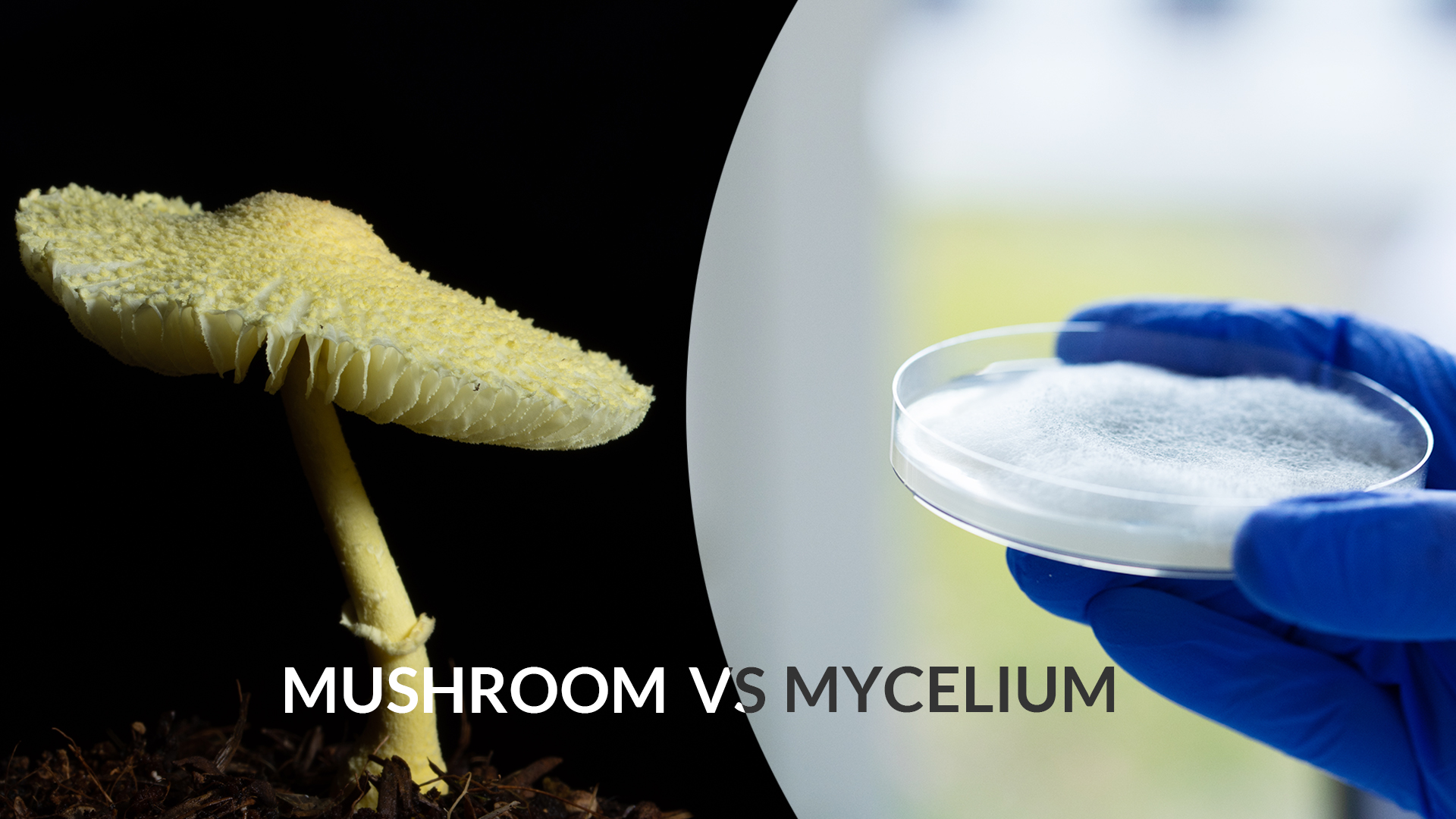 Fungi are extraordinary organisms that come in many different sizes and forms. Fungi is one of the 7 kingdoms of life, making themselves as different from plants and animals as humans are from plants. Fungi can be seen all around us, the most common forms being the mushrooms we eat, yeasts that we use in the making of alcoholic beverages and bread, and molds that degrade any kind of organic matter all over nature. The size of a single fungi organism can be as small as to only be seen in a microscope, but also as big as 10 square kilometers, as is the case of a fungal organism that spreads underground in the Blue Mountains in Oregon (US). This, in fact, is the world’s largest organism.

There are two main characteristics of fungi that differentiate them from other organisms. Firstly, they have a cell wall similar to plants, but chemically very different. While plants use cellulose, fungi have a cell wall composed of beta-glucans and chitin, making them an excellent dietary source of fiber. Fungi are also dedicated to their way of living, as they are extremely efficient at transforming and capturing a variety of nutrients from the environment to grow and multiply in a fast and resource-efficient manner. Often, this is achieved by the release of enzymes to the environment around them, in which these enzymes will degrade complex nutrients into simple forms that can be taken up by the fungi.

In diets all over the world, mushrooms are often a healthy and tasty ingredient. But mushrooms are only the fruiting body of fungi. So, if we compare the fungi organism to an apple tree, the mushroom would be only the apple fruit, which stores the seeds needed for reproduction.

The fungal “body” of a common mushroom is therefore a large underground structure of threads that looks much like the root of a plant. This structure is called the “mycelium” and is essentially the fungal organism as a whole. The threads that compose mycelia (plural form of the word mycelium) structures are made of fungal cells that expand, branch, and multiply, eventually creating an interconnected network of threads that can keep expanding in size. Such threads are called “hyphae”.

It is worth noticing that not all fungi form mycelial structures. Take for example yeasts, these organisms are single cells that replicate mostly by dividing themselves and floating freely in their environment.

Fantastic Fungi: Another way to get to know fungi more

Not so long ago, Fantastic Fungi- a 2019 documentary started to air on Netflix. Capturing fungi from various perspectives, this documentary can be a good option to dig more into the world of fungi. With interesting motion pictures and time-lapse, the documentary captured fungi and their important role in providing nutrition, contributing to earth regeneration, heal and sustaining.

Before going deeper into different kinds of types and functions of fungi, the documentary begins with a simple narrated scene that captures the great and broad world of fungi and hints at their role both in human life and the surrounding environment. It continues with a general introduction of fungi, mushrooms, and mycelia with animated visualization which makes it easier for the audience to follow and understand more.

Aligned with what was mentioned before, it is mentioned that mycelium also has a similar function: as a passageway to transport nutrients and information.  More interestingly, it has more networks than human brain neural pathways and is similar to internet network design. That’s not just about it. As the documentary continues, it tells us more about how fungi play an important role in the environment even in the worse situation. Additionally, it also shows how mushroom as part of fungi plays important role in culture, food, and even traditional medication.

Fantastic Fungi is certainly a good option to broaden our knowledge and curiosity about fungi, not to mention the website https://fantasticfungi.com/ also provides us with lots of interesting and interactive information.

Maybe you want to consider spending your movie night with more fungi exposure?

Next: From traditional to next-gen fermentation, introducing Therese Ranagården Why does the vegan industry make food look and taste like meat? The future of protein: How fungi can lead the way The industrial possibilities of fungi 2 Feeding the world population - do we have enough arable land? The industrial possibilities of fungi Mycelium, Mycoprotein and Fungi, what does it mean?

Subscribe to our newsletter and get our newest updates right on your inbox.